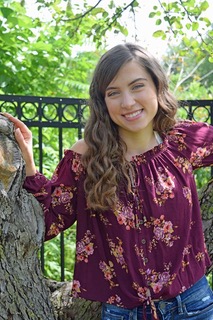 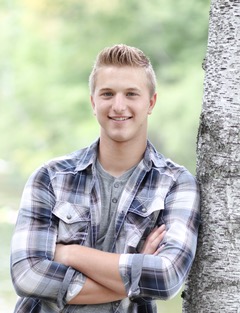 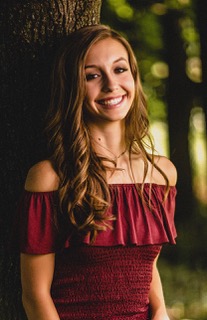 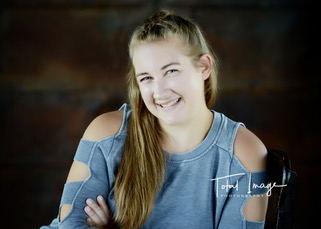 Bottom row: Melissa Doersch Congratulations! Read on for their individual stories. Our youth are so inspiring and we wish them the best in their future endeavors!

For the 51st year, the Seymour Woman’s Club is proud to award scholarships to Seymour Community High School seniors. The 2020 winners are:  Chloe Close, daughter of Bobbie and Mike Close, Melissa Doersch, daughter of Karen and Steve Doersch, Logan McHugh, son of Tammy and Chad McHugh, and Megan Steffens , daughter of Jennifer and Bill Steffens.  Each winner will receive a $750 scholarship after the completion of an academic semester.  All seniors at SCHS were eligible for consideration.

Chloe Close plans to attend UW-LaCrosse, and study biomedical science in preparation to become a laboratory researcher for diseases .  She has been co-captain of the Dance Team and vice-president of the Science Club.  She has worked with elementary students about kindness to others and bullying prevention.  She organized and volunteered with several community blood drives.

Logan McHugh will attend UW-Platteville and study architectural engineering and aerospace engineering.  He is a member of S Club, FBLA, and played on the football team.  He has volunteered with a local suicide prevention program and a local tractor club.  He has donated drone photography and videos for the Outagamie County Highway Department.

Megan Steffens will attend UW-Stevens Point, majoring in economics with a minor in Spanish.   She has been treasurer and president of the National Honor Society, president of the Spanish Club, and co-captain of the Step Crew.  She was a National Finalist with a historical paper for National History Day.  She has won both a Silver Medal and a Gold Medal at state Forensics. She attended Badger Girls State.

Melissa Doersch intends to study at UW-LaCrosse and to eventually earn a master’s degree in occupational therapy.  She is active in 4-H, holding several offices.  She has been secretary and president of the Fire Explorers. She is also a member of Student Council, Thunder Stage Guild, PALS, and Step Crew.   She earned a Gold Medal at state in Forensics.